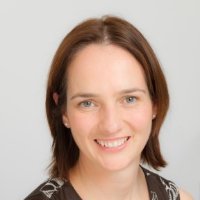 Beth has worked for 20 years to ensure vulnerable young people and their families are supported to tackle a wide range of issues, including poverty, sexual exploitation and substance misuse. Her journey to Centre 33 began at The Children’s Society, where she progressed through a number of management and leadership positions. Along the way, she completed an MBA, became a Clore Fellow and took on a trusteeship with Citizens Advice Bureau. As Children and Young People’s Operational Advisor at Social Finance, Beth led Social Impact Bond (SIB) feasibility projects, chaired multi-disciplinary advisory boards and developed Local Authority engagement. In the last few years Centre 33 has doubled the size of its team and expanded from one hub to four. Beth has been Executive Director since September 2016 and wants to use the On Purpose CEO Programme to help her to create a more resilient and impactful organisation which focusses less on short-term troubleshooting and more on longer term priorities.