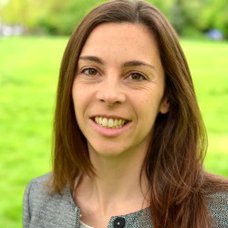 Sarah is the co-founder and CEO of Iwana Energy, a solar finance company focused on emerging markets, currently active in Colombia, Brazil and Central America. Iwana provides fully financed solar solutions to companies across the region, allowing them to realise the benefits of solar with no upfront costs. Prior to co-founding Iwana, Sarah was the start-up Chief of Staff for the Global Commission on the Economy and Climate, a global coalition of world leaders, CEOs, heads of global institutions and researchers which launched the New Climate Economy report in 2014. Previously at Climate Bridge, a leading climate finance company, Sarah led renewable energy structured finance transactions in London, before launching Climate Bridge’s Australia business. She started her career at McKinsey & Company, where she specialised in clean energy finance and climate policy. Sarah holds a BA and MMath in Mathematics from the University of Cambridge.