How to Change the World

Which career path will enable you to have the biggest impact on society? Guest On Purpose blogger, Jake Hayman, considers this question below. Jake is the Founder of The Social Investment Consultancy, Future First and Frame Again. He sits on the boards of the LankellyChase Foundation and the Early Intervention Foundation. 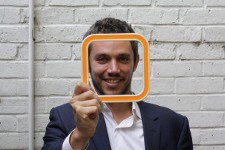 What is the most effective way to have the biggest impact on the highest number of people, if your mission is to do generic ‘good’?

There’s a generation of people from a range of backgrounds and sectors who want to answer this objectively: not starting with their passions (do you ‘prefer’ donkeys, orphans or the environment), but rather where the power to do good lies.

Let’s presume we are generically able at ‘strategy’ or ‘management’ — something equally applicable across basically any organisation — and that I am ambitious for scale of change but ultimately cause agnostic. I don’t get biology, chemistry, design or pedagogy well enough to be a doctor, engineer, scientist or teacher so how do I use my very generic ability to do the most good?

This is my imperfect analysis of the choices:

Do I run for Parliament? Is my aspiration to become Prime Minister and have say over our huge national budget? The upside to being Prime Minister is obvious (massive power, massive resources, huge microphone to influence). But there are downsides too. You are beholden to electoral cycles and economic realities (you may spend your time cutting expenditure rather than spending on things you want to do) and you have a constrained amount of time in the role. You also have the vulnerability of the fact that the next person coming in, may well change back everything you’ve done to how it was before. That would be awful.

And what if all doesn’t go to plan and you never make it into parliament as an MP or into government as a Minister? If you are bad at playing politics, a bit short (tall helps apparently) or had a debauched night in Vegas (Kentish) a few years back that may catch up with you, then the choice may not even be yours. It’s a high-risk choice either way, and you may end up spending a career schmoozing a particular political party and cohort of potential voters without ever getting anywhere.

So screw running for Parliament. Much better to have the influence over Ministers and their billion dollars of spend, without having to dedicate a career to being a politician. I’m gonna be a Special Advisor. I think this might actually be my dream job. You get to have opinions and direct access to the person pulling the trigger on huge changes at a national/international level. It’s a great job. Except, what if you fall from favour and that person doesn’t listen to you? You’re banking your entire ability to influence a relationship that you have no power in — you can be ignored or fired very easily and, just like with running for Parliament, you have to pick a side and so you’re just as exposed to the electoral cycle, economic realities and having everything you’ve done over-turned by the next group in.

Which leaves us with being a permanent civil servant. Part of the government but not connected to the party. Vegas is forgiven because you’re not a frontline figure — you’re the brain power behind government delivery. You get to influence huge amounts of expenditure year after year, government after government. Amazing. If only I hadn’t failed the test to get into it. Even if I had, there’s a decent chance that you will spend a chunk of your career brilliantly implementing policies you don’t think are very good, which isn’t quite aligned to the purpose we’re seeking…

Let’s get out of Westminster. Out of Parliament, out of the civil service, out of government. Yes, they have the big budgets, but the big budgets get influenced by innovation. That innovation comes from the Third Sector: subject specialists, social entrepreneurs and charity and community leaders who are proving new models for delivery that government can roll out. That sounds fun — influencing government without having to be in government. Win-win.

So find an idea and start a social enterprise — make something new happen at scale up and down the country. I decided to give this a go five years ago and it’s really hard. A lot of people say we’ve been successful, but the fact that the budget I can influence at Future First is no more than a rounding error at the Department for Education can’t be missed. You get a pat on the head (people love social entrepreneurs) but you are left with no money, which means no innovation, no staff capacity, under-supported teams and provision of a service you know how to make better but takes years to fund. It sucks.

So let’s forget about starting a new social enterprise and instead go work for a big charity. One with a £25m+ budget and programmes at scale up and down the country. If you are in a big and innovative charity then you have the chance to do what start up social enterprises are doing but with much more resource and to deliver some government services through contracts with them. That sounds good. That sounds great actually. Though if most your money comes from government and you only have a fraction of what government has, you’re kind of limited still. The budgets in the third sector are just tiny so other than a very few big CEO jobs at the very best organisations, you may well be somewhere that is either bureaucratic, broke or dictated to by government.

Think tanks tend to have great ideas and when people with big budgets listen to them, they are able to have incredible influence. But there are no guarantees — like campaign groups, you don’t have the actual power. Some big wins hopefully, but you run a risk that you get the substance right and have no route to market for delivery. I think it’s worth investigating these more, but I’m not convinced and get a bit panicked about being sat on the answer for how to do ‘good’ and not being listened to.

I want to look at business. There are businesses with turnovers the size of countries and economic development is key to creating tax revenue, and giving people jobs is providing an essential need. Plus, when you look at issues like the environment, a bold CEO of a huge supermarket chain who makes a decision to reduce all packaging by 50% and ban plastic bags, may well have a greater impact than all of the environmental charities put together.

Yep, there’s a decent argument that spending the next twenty years working my way up the Tesco’s grad scheme until I’m CEO, is the best way to position myself to make the greatest change I can in the world. But what if I don’t make it and end up doing a job that may or may not be fun/meaningful in its own right, but is a complete irrelevance to this particular mission? Feels risky.

So how about I start a business I am in control of, build it into a global empire and sell it for billions and then dedicate my life to philanthropy. I think this is a great idea and it’s worked well for Bill Gates. He’s a legend. He’s enabled innovative social entrepreneurs, big charities and scientists with money equivalent to that of government budgets, but he doesn’t have to deal with the hindrance of accountability. He can’t be voted out. Awesome. I am actually trying to do this, though so far the business I started (Frame Again) has spent more money than it’s made so I would, as of this moment, probably have been better off just writing a really small cheque to charity. Given how hard and expensive building a business is, maybe I’ll buy a lottery ticket instead.

I don’t want to do ‘the thing I’m most passionate about’, I want to do the thing that makes the biggest difference. How the hell to get there I find really really difficult to navigate. As I’m trying to figure it out, if anyone meets a Minister looking for a Special Advisor, wants to order a million Frame Again frames, is good at guessing lottery numbers or knows when Tesco’s milkround next opens, please do let me know.

To read more from Jake, please visit his blog at www.brookfieldgroup.wordpress.com.