It is OK not to hate your job. 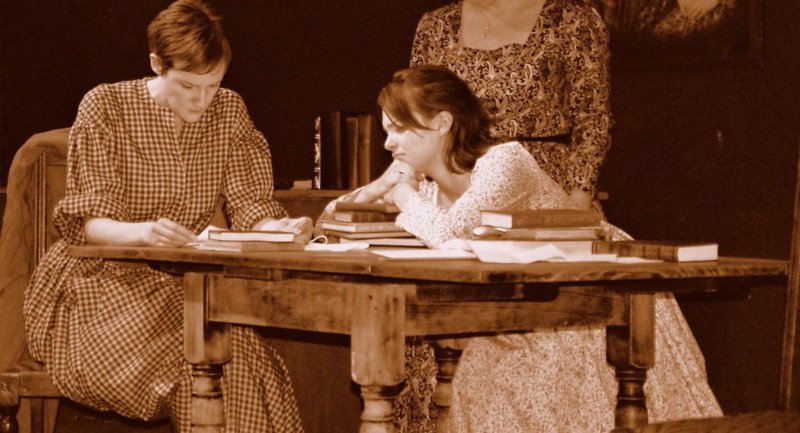 I believe passionately in the value of creativity. As an awkward child in many ways, whose constant feedback at parents evening was something along the lines of “I think Hannah is doing fine, but it’s hard to tell because she never speaks”. I am incredibly grateful for the opportunities I was given at school to participate in drama — the confidence and sense of ownership it grew in me have been invaluable both in my personal life and in my career to date. Each year in primary school, we were given the opportunity to enter a competition for world book day. We had to write, learn and perform a monologue based on a character from a book of our choice. One year I decided to do it (to this day I still don’t know why) and chose “Mrs Wormwood” from Matilda. On my every birthday, my parents still recall their absolute astonishment when they saw me strut onto the school stage in my mum’s stolen stilettos and bright pink lipstick to perform my act confidently in front of a room filled with strangers. A girl who barely spoke through family dinner.

That is why I am incredibly proud to find myself working at A New Direction for the first of my two placements during my On Purpose year. A New Direction exists to ensure that children and young people in London have the chance to develop creatively and beyond that, that young people, irrespective of their background can access a career in the creative industries. They do this in several ways. One of which is by funding cultural education programmes in schools; another is by facilitating training and development programmes for young people who may not traditionally have had access to careers in the creative industries, either through lack of connections or ability to access to paid apprenticeships.

My first month at A New Direction has been incredibly inspiring and heart-wrenching. The passion and belief in the right of every young person to participate and have access to culture is embodied by every single person who works here. This passion extends beyond A New Direction, to all the cultural organisations and young people they work with. I have never worked in a field where everyone cares so deeply about what they do. It is incredibly inspiring to work with people who are truly motivated not by money nor stature nor competition, but by a desire to make things better for others.

This, for me, is a totally new sensation in the workplace. I realised within the first two weeks of On Purpose that I had been literally labouring under the impressions that work should be an endurance test. That no matter how uninspiring what you do might be, you are succeeding if you don’t give in, if you keep going, if you are asked to take on more and more. I have quickly realised that work doesn’t have to be like that. You can get paid and not hate what you do or yourself for doing it. It isn’t an exchange where you must do something meaningless or boring in order to justify getting to do what you want in your free time. This is probably obvious to most people, but it has until now evaded me.

Sadly, what I have also learned during my six weeks at On Purpose is that the UK government are approaching education in the same narrow way I used to approach work. Through the introduction of the EBacc qualification, which prioritises traditionally academic subjects in conjunction with severe funding cuts introduced in 2016, 133,000 children would have been denied the opportunity to take an arts subject at GCSE. This wouldn’t be so bad, as participation in the arts doesn’t have to be via a formal qualification, but with access to youth and community services being simultaneously cut, young peoples’ -and let's be frank — disadvantaged young peoples’ opportunities to explore their creativity are being severely reduced.

This approach to education is at the very least short-sighted in my view, but it could also have some practical implications on the British economy. 1 in 11 jobs in the UK are in the creative economy, which includes creative jobs within creatives industries (like film, advertising, design), non-creative jobs within creative industries and creative jobs outside of creative industries. Not only that, but the creative industries are expanding. Jobs are being created at a faster rate than any other industry (2.5% year on year vs 1.5% on average) and the creative industries contributed almost £92 billion in Gross Value Added to the UK economy in 2016, a figure which had risen by 7.6% since 2010. It doesn’t make sense to me to undervalue this massively important part of our economy by not investing in creativity in schools, particularly when, as the former Brexit Secretary David Davis recently pointed out, ‘They can pick up and move to Vancouver tomorrow’. It seems sensible to make sure we have a strong pipeline of creative talent to help support these flourishing parts of our economy and from all sections of society.

There are many synergies between A New Direction and On Purpose as organisations. Both help people find paths that will allow them to lead happy, fulfilled and enriched lives. I feel incredibly lucky to be part of both organisations, if just for a short time. A few weeks into my On-Purpose year and I am struck every day of the week by how fortunate I am to have been given a second chance to develop a career that will fill my life with a sense of purpose and value. I think most of my fellow Associates feel the same. I could not have asked to share this year with a more talented, kind and intelligent group of people than my On Purpose cohort. Looking back at our first ‘getting to know you’ sessions, what strikes me is how many of us mentioned some type of creativity activity as being important in developing who we are. My hope is that children growing up in Britain today will not have their opportunities to do the same cut short. Working with On Purpose and A New Direction, has made me more aware of how deep the problems facing the UK and the wider world run, but for the first time in my life, I am aware of how many people there are trying to fix them. It feels good to be part of the team.