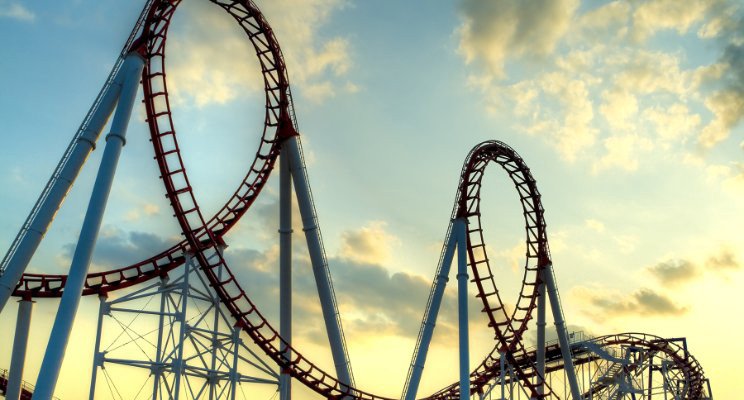 Henry Bacon started the On Purpose Associate Programme in London in October 2017 and here he writes about his first few weeks with Snowball, an impact investor start-up with (only) three employees.

With over ten years of accumulated baggage working for huge multinational organisations, I guess it was destiny that my first On Purpose placement would be at Snowball, an impact investor start-up. After all, one of my main reasons for joining the programme was the need for a change in my career; and what a change it has turned out to be!

Though I am only a few weeks in, I wanted to share a few of my initial thoughts, experiences and feelings before my memories start to fade or become altered (for better or for worse) with the passage of time. I am also hoping that it will be useful for me to look back on it when the placement and my year on the Associate Programme come to an end.

“Henry, let me give you a piece of advice, I would much rather you ask for forgiveness than ask for permission ” — Paul, one of the three Snowball employees, said to me on my very first day in response to my barrage of questions on how exactly I should be carrying out my assigned tasks, what I should be prioritising, who would be supervising my outputs etc. I was taken aback by his response and had no idea how to react. Having had a few days to reflect, I realised that never before had I worked for an organisation where I was trusted from the very beginning to use my own judgement and act as I considered best. It was an excellent introduction to the world of start-ups.

In the large, long-established corporations I am familiar with, the majority of employees are there to perform a specific role with a clearly defined set of tasks and responsibilities. When someone departs for pastures new, it does not make that much of a difference — they are quickly replaced by someone with a similar profile, making the transition feel almost seamless. I visualise it as every employee being a small cog in a huge and highly complex machine. If one cog breaks down the machine will keep on whirring, albeit marginally less efficiently than before, until an engineer arrives with the tools to fix it and bring it up to speed.

Meanwhile here at Snowball I am one of merely three cogs! It is simply vital that I keep on turning and producing; a slow down or mechanical failure would seriously affect not only those around me but the performance of the entire machine. Whilst I may be a tiny cog at the outset I hope that, as time passes, my size and relevance will increase.

Working at a small, ambitious start-up is clearly not for everyone. It is a much less rigid and predictable proposition than at a large organisation and one needs to be much more amenable to change. The sheer number of tasks on the to-do-list can at times be overwhelming — one is ticked off the list only for another five to be added on. And forget about a fixed working schedule. For some, this might be too much to handle and only if you are able to embrace the uncertainty will you enjoy the roller coaster ride.

Due to my positive mindset and the novelty of the experience, I am fully embracing the challenge. What I have taken most gratification from is being able to define my own role and evidencing how my work, actions and opinions have a direct impact on the success (or not!) of the business. This combination of freedom and responsibility have instilled in me the desire to deeply immerse myself in the company and to go over and beyond what is expected of me. When I am at the office late or doing work over the weekend it is because I want to, not because I need to.

Another key difference between a large corporate and a start-up is resources. In my previous roles I benefited from having a huge amount of these at my disposal be it multiple computer screens, printers, support staff or even highlighters. While Snowball is based at a very modern co-working space in Marylebone I no longer have a permanent desk or cabinet for storage. I now rely on my rather small personal laptop for all my work and pop over to Ryman’s for highlighters, something I have not done for as long as I can remember! This situation is not ideal and, admittedly, it is something I initially struggled with, but I am slowly starting to realise that I do not need much to be able to do a good job and that I find enormous gratification in doing more with less. Nevertheless, once the business becomes a success, I am sure the resources will grow in tandem.

For all of you that have read this far (thank you as it’s my first ever blog post!), this has just been just a little taster; undoubtedly I will uncover further differences over time. This roller coaster has just left the station and having faced the first drop I can already see there are a whole load of twists, loops and corkscrews ahead!