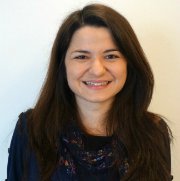 Prior joining OnPurpose, Dimitra worked for over six years as an auditor, for Deloitte and KPMG in Athens and Luxembourg; she mainly specialized in financial audits but also in CSR audit and reporting. Following KPMG, Dimitra volunteered for Gaea21 a Swiss-based think tank for Sustainability, while completing her CSR postgraduate certificate at Geneva University. Moreover, she worked for Evergreen, an environmental start-up in Shanghai, while studying Sustainable Development at Tongji University. Dimitra recently became a business partner of CSRFI, a London-based organization that provides CSR training across the world. She also set-up the CSR Meetup in Athens, which she aspires to turn into a community with a significant social impact. Dimitra holds a degree in Business Administration from Athens University of Economics and Business, while she expects to finalize her ACCA qualification in June 2014. She is a native Greek speaker and over the years she has studied French, Italian, Spanish and Chinese.

Dimitra was always enthusiastic in her approach to working on deliverables with different team members. Dimitra is a self-aware and reflective person who puts her all into the work she does